The Paradox of Age, Ability and In-group/Out-Group Status: Real or Imagined? 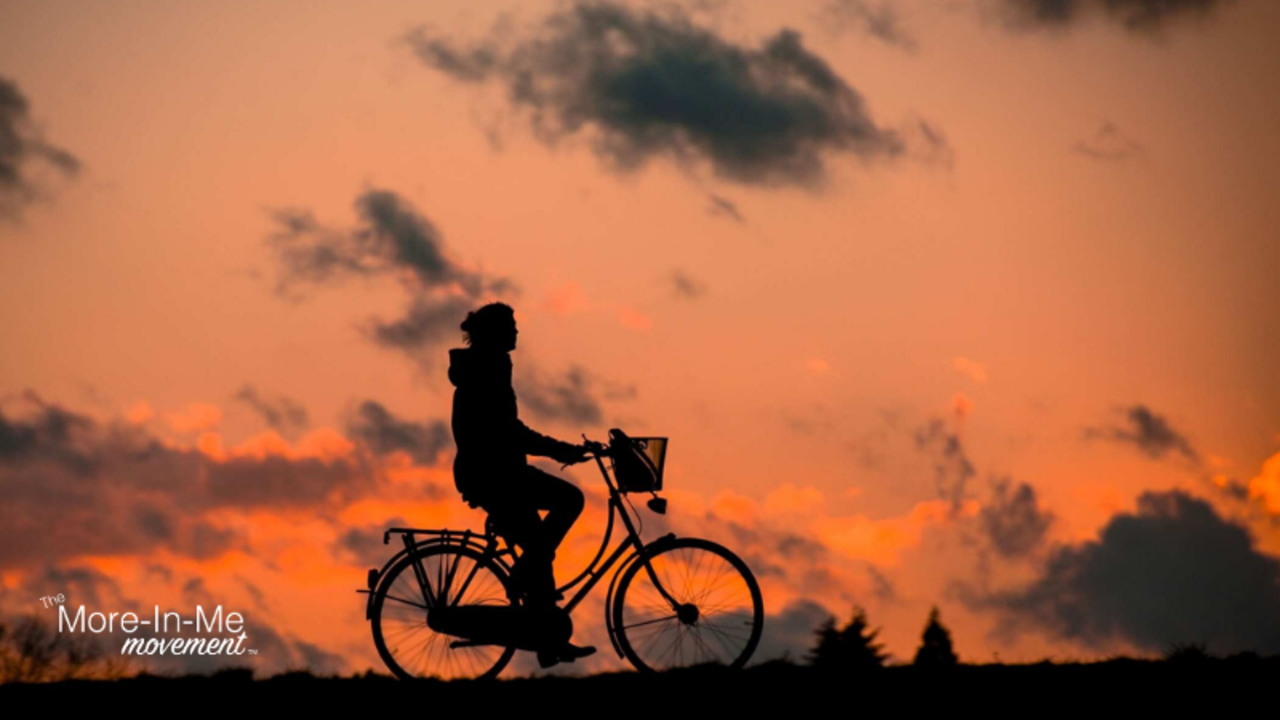 Two situations this past summer sparked the question about age, ability and feeling included or excluded. I’ll start with the story that had the stronger initial impact on me.

I was out with an athletic club I belong to for a ‘social’ bike ride. I’ve only been cycling for about five years and still figuring out my potential as a cyclist. Early on in the ride I realized I wouldn’t be able to keep up with the other 20 riders and so chose to stay with a woman who was slower than me and have a more leisurely ride keeping her company. The speed of the group was too fast for my ability even though the ride was positioned as ‘everyone welcome’. When we reached the turnaround point, the faster riders left immediately. I was disappointed. I expected that we’d have a few minutes to chat and be with the bigger group before turning around. Later that evening the traditional group photos were posted online and of course we were not in the photos because they were taken before we got there. When I commented on not being included in the group, I was told I took myself out of the group when I chose to stay back with the slower woman. Hmmm. Apparently a norm of the group is that if you can’t keep up, you can’t be in the group. Perhaps I’m exaggerating a bit here but the exclusion felt as strong and direct as these words.

In contrast, that same week I was contacted by a woman who was referred to me for consulting services for a mentoring program. She wanted to know if I really did have the knowledge and experience to provide the training for her organization. They had been duped by consultants in the past who said they could deliver and then didn’t. She was being upfront about needing proof that I could do the work. In this situation, I leaned into my age in a sense to give credence to my ability. I emphasized my research and previous projects in this particular field over the last 20+ years in a variety of contexts including a corporate role similar to hers. My ‘age’ in terms of years of experience worked to my advantage in establishing my credibility and ability to do the work. I was able to talk about a program that had been running for 10 years. My ‘age’ positively influenced my perceived ability

Every situation is different and context specific. When we’re young, we don’t have the seasoned experience to lean into however youthful education can be an advantage. Sometimes it feels like its ok to be an older consultant but not an older employee – depending on the work and the industry. Young people are assumed to be better athletes with more potential. Starting a new sport later in life typically comes with the perception we have limited potential. Therein lies the paradox. Age and ability play out in different ways in different situations. When it comes to athletics, we have our own gremlins about our ability and potential to overcome as we age. Especially when trying something new. When I attend entrepreneurs’ networking meetings I sometimes feel at a disadvantage because the younger women seem so tech and social media savvy.

What bothered me about the cycling experience was that I’m not used to being excluded in athletic activities especially when social rather than competitive. I’ve been running for over 25 years. I usually race in the top 20% for my age group. In triathlon, I’ve made podium for my age group multiple times. I’m active, fit and adept at many activities. This group ride was the first time I felt so excluded. Not a part of the in-group. My inability to go as fast as the others cast me into the out-group and it felt like my age cast a shadow on the perception of my ability.

Is this real? Or am I making it up? The answer seems to be yes and no. We want to feel included and acknowledged and when we don’t the exclusion hurts. Is the exclusion real? It is to the person feeling it. In-group members tend not to be aware of their in-group status. It’s their ‘normal’ and the norms of the group – whether spoken or unspoken – influence behaviours and actions accordingly.

The consulting experience was one of inclusion. My previous corporate experience, combined with my education, research and many years in the field make me part of the in-group for this corporate client.

Here’s another significant question. Would I have been as hurt if the potential client rejected me outright because I don’t have experience in her industry or perhaps she thought I was too old? No, I would not have been upset. Because I wouldn’t have taken it personally.

But I took the cycling experience personally. Even though I knew no one intentionally meant to do harm. Two of my top values are equity and inclusion. The cycling experience is an example of inequity in a social activity. Given the privilege and opportunity I’ve had throughout my life as well as athletic accomplishment, I’ve been able to hang out with the in-group. Now, two aspects of my identity – age and physical ability – are casting me into a new and different experience.

In-groups and out-groups are both real and imagined. The experience of being in the in-group goes unnoticed – it is the norm. Being in the out-group or cast into the out-group because of some aspect of our identity can really hurt. Do in-groups really exist? Yes…and they can change in a heartbeat. Dare I say, just think politics for a moment. Or new research causing a paradigm shift. Fighting can happen between in-groups and between out-groups. It’s complicated.

The best we can do is stay true to our values, respect each other, include others, be kind and choose to hang out with people whose values align with our own. Or accept the situation and choose our engagement thoughtfully. Pick your moments. We can be courageous and speak up and at the same time we want to careful not to waste our energy fighting a losing battle. Maybe you take on a leadership role and create your own group to meet your needs and others like you. Which I did by enlisting a friend to co-create a women’s cycling group where all levels are welcome. Another friend and I co-created a women’s running group where everyone is accommodated.

Think for a moment. Where are you part of in-groups? Are you aware of your in-group status? When have you felt excluded or part of the out-group? Which one came to mind more readily? Out-group status tends to linger in our memory longer because we are more acutely aware of those feelings. Look around and see who you can reach out to and include in an activity or group. Make the feeling of inclusion real!