I used to be a chubby smoking party girl.

How did I get there?

I started running in my 30’s as an ‘easy’ way to exercise. I just needed running shoes!

One thing led to another and eventually I ran a marathon. Then a few marathons and eventually the prestigious Boston Marathon. Sounds easy when I say it that way doesn’t it? I assure you it wasn’t.

I remember reading Runner’s World magazine while travelling to Dallas on a business trip almost 30 years ago. The feature story was the New York City marathon with a photo of thousands of runners at the start line on the Verrozzano-Narrows Bridge. As I looked at the picture of the marathon start line, I thought “what an extraordinary accomplishment. Maybe in my next life time. Chubby smoking party girls do not run marathons!” Running a marathon was as likely as me going to the moon. And New York or Boston? No way!

So how have I run not just one, but 19 marathons including New York and the prestigious Boston marathon?

You can read the details here however the ‘simple’ answer is that I had to commit.  And stay curious about what was possible, practicing courage with the first step, second step and every step throughout my training and racing. 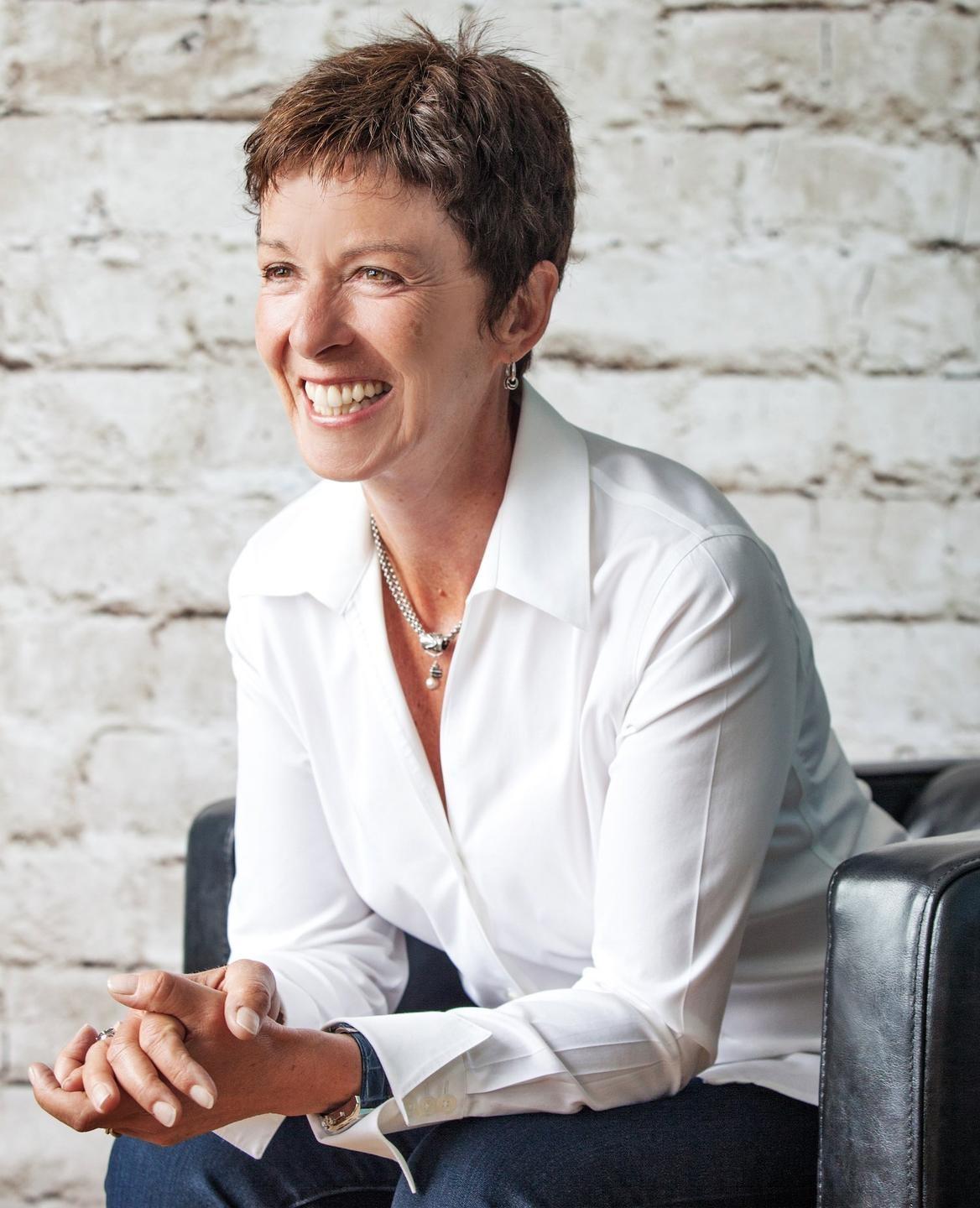 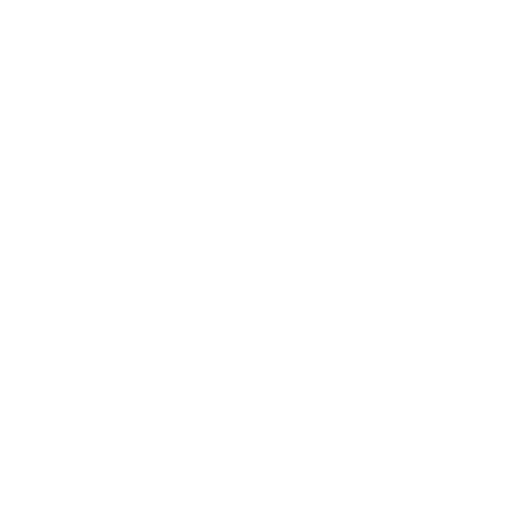 Every accomplishment and every setback along the way was information to not only move me closer to my running goals but also influenced how I navigate and explore all aspects of my life.

I attribute my sense of adventure and ‘more-in-me’ approach to life to what I learned running many miles on the road.

The lesson I’ve learned repeatedly in the years since my first jog around the block is that anything is possible. So much so that I call myself a possibilitarian.  I also call myself a system disruptor fortified by my endless curiosity, always asking questions such as  “what if… how to…what else?" to disrupt the status quo, interrupting the habits and patterns that get in the way and keep me stuck.

I’ve travelled the world bathing elephants in Malaysia, scuba diving the Great Barrier Reef, practicing yoga in a remote village in Costa Rica, bungy jumping in British Columbia and recently completing two half iron distance triathlons. I’ve lived overseas, exited a 20 year corporate career to create a fulfilling consulting business, completed a Masters degree at age 45 along with numerous certifications in leadership coaching, social change initiatives and yoga. Most recently I completed a tough 55km trail race in the Annapurna Mountains in Nepal. I had never run that far or that high (3600m) previously. ‘More-in-me’ indeed!

For more about my background and experience, please have a look at my LinkedIn Profile.

The lure of every new adventure is as much about learning who I am becoming as the accomplishment itself.

Each of us has our own unique “more-in-me”.

We are able to accomplish more than we might ever dream possible. I know for myself that I’ve accomplished a whole lot more than I ever imagined as a young girl without a lot of confidence or belief in myself. My perspective has shifted from the messaging of my youth of not feeling good enough to believing I eternally have more-in-me.

My work now is focused on helping people like you find your ‘more-in-me’, whatever that is—the resilience to navigate the unknown, the stamina to carry on when challenged or perhaps the courage to try something new.  Your possibilities are unlimited too!!

To get started, use the link below to access this free workbook -- FINDING POSSIBILITY IN UNCERTAINTY -- to figure out your next step toward what’s possible for you. 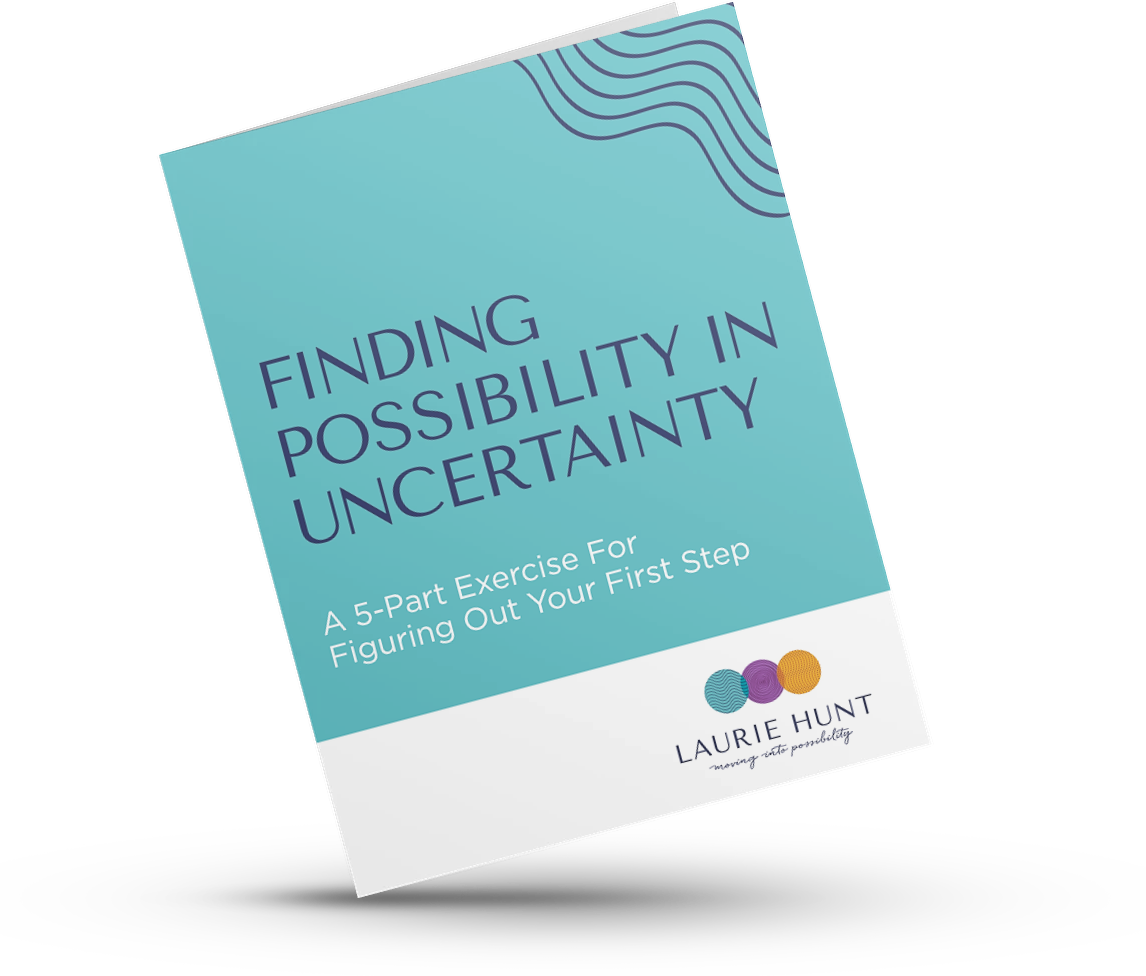 When dealing with uncertainty, it can be difficult to focus your energy and feel in control. However even in uncertain and confusing circumstances, you always have choices available to you.

This 5-Part exercise will provide clarity on where you have control and can make changes.  Taking consistent small actions even when life feels chaotic, fuels your energy and contributes to a sense of accomplishment. 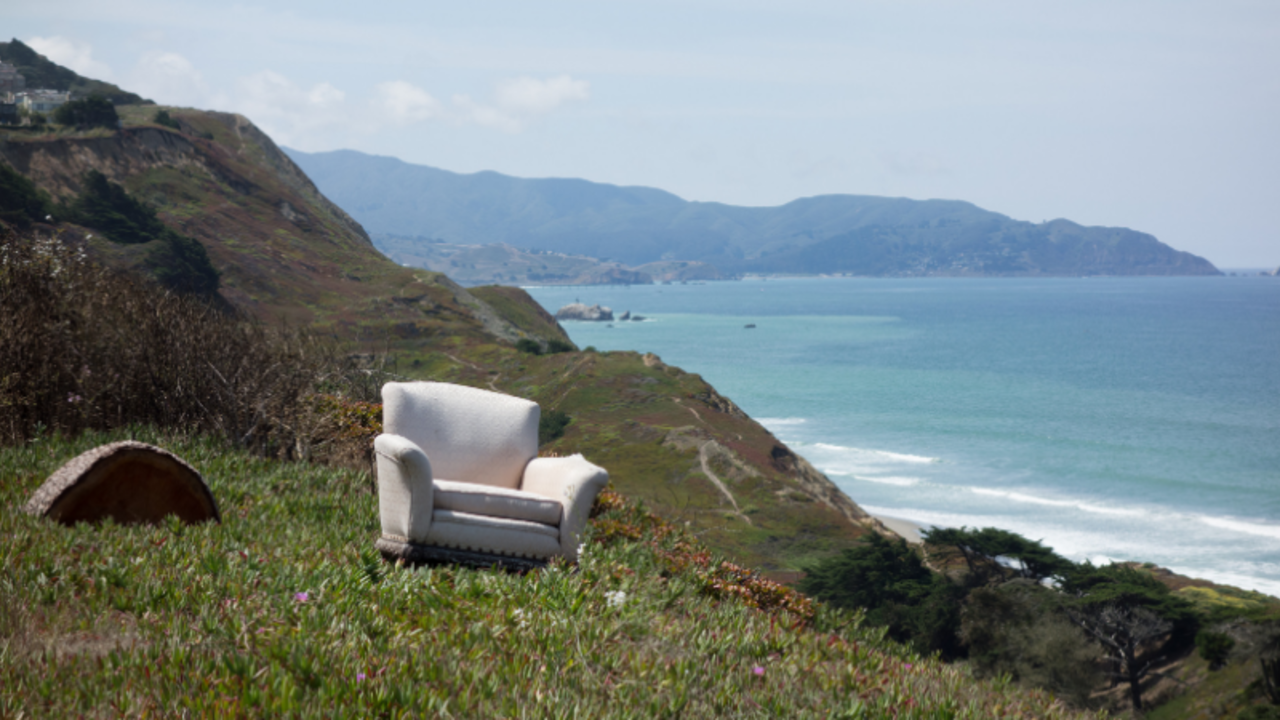 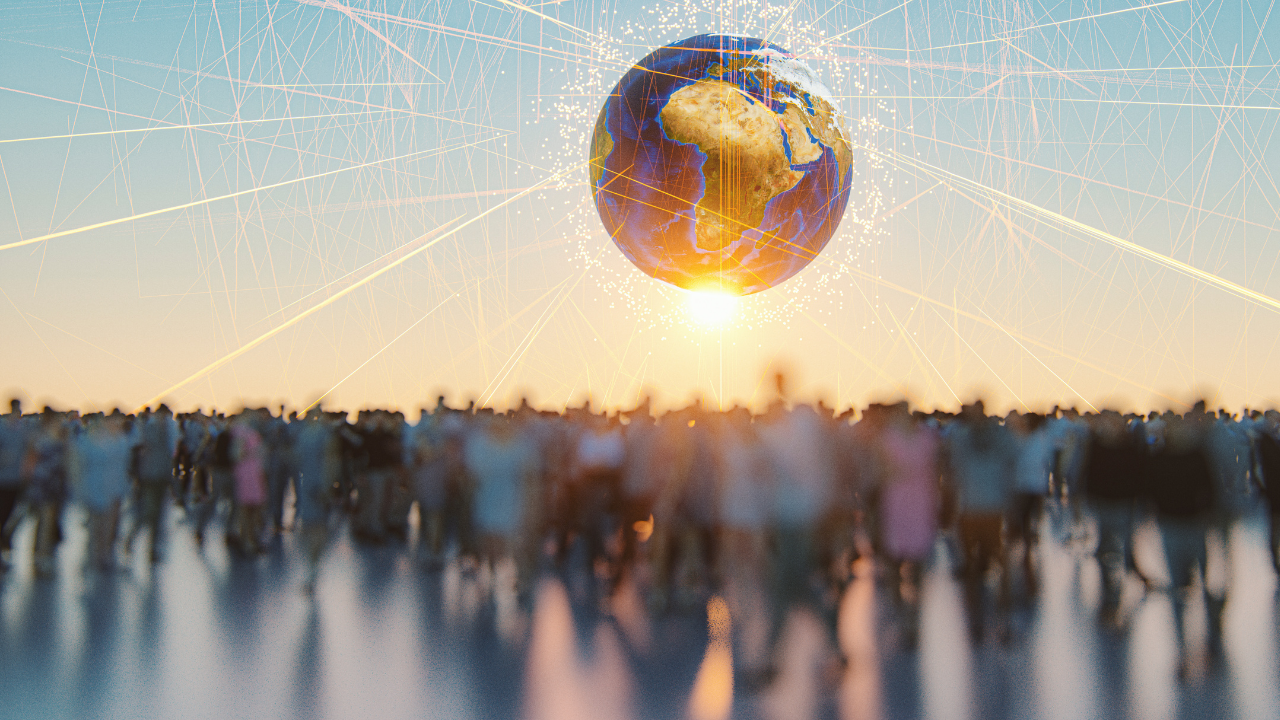 Blind Spots Persist in 2020: The Impact of Privilege on Equity and ... 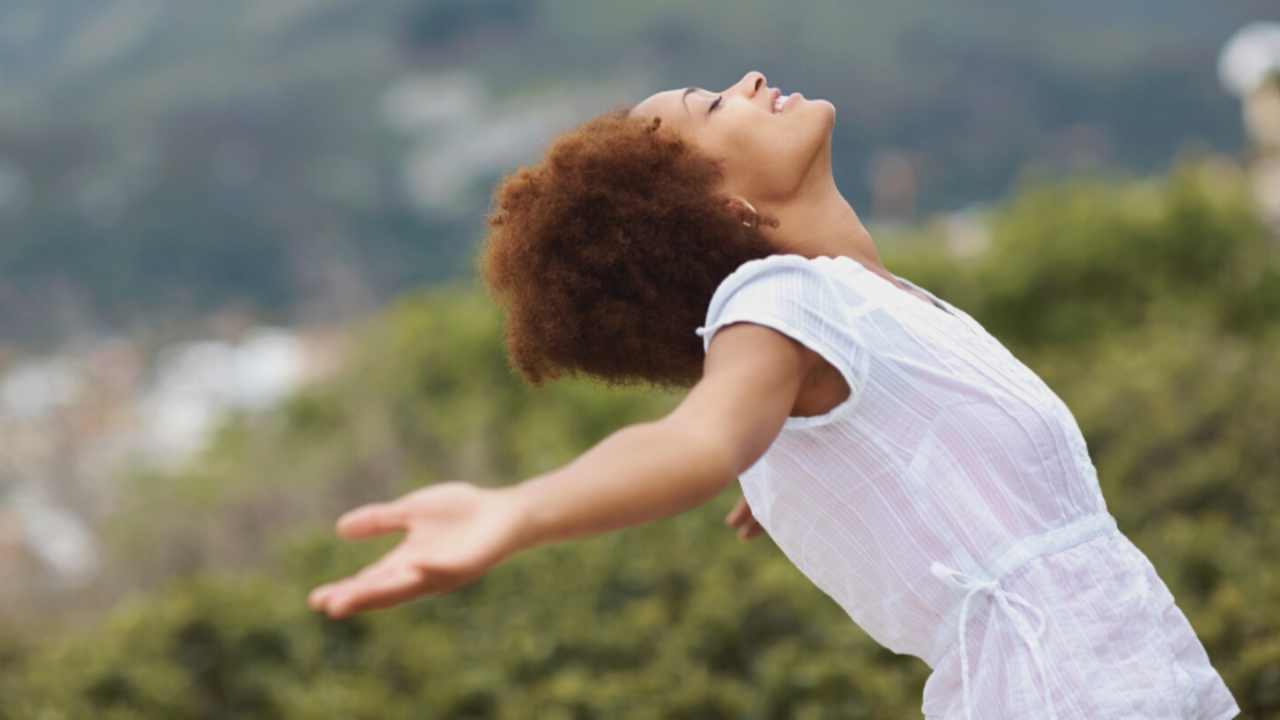 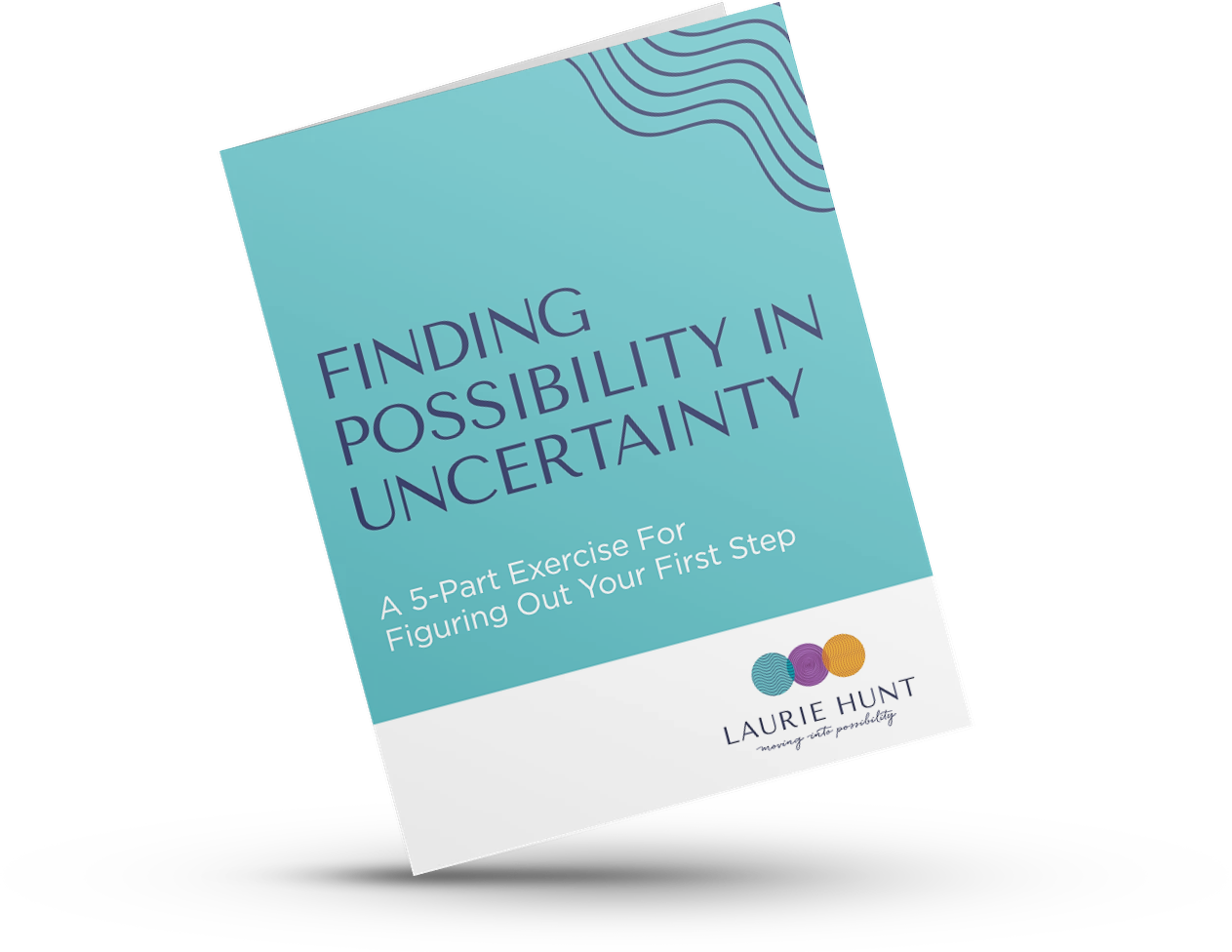