Sustaining Courage and Combatting Stress Through An Active Lifestyle 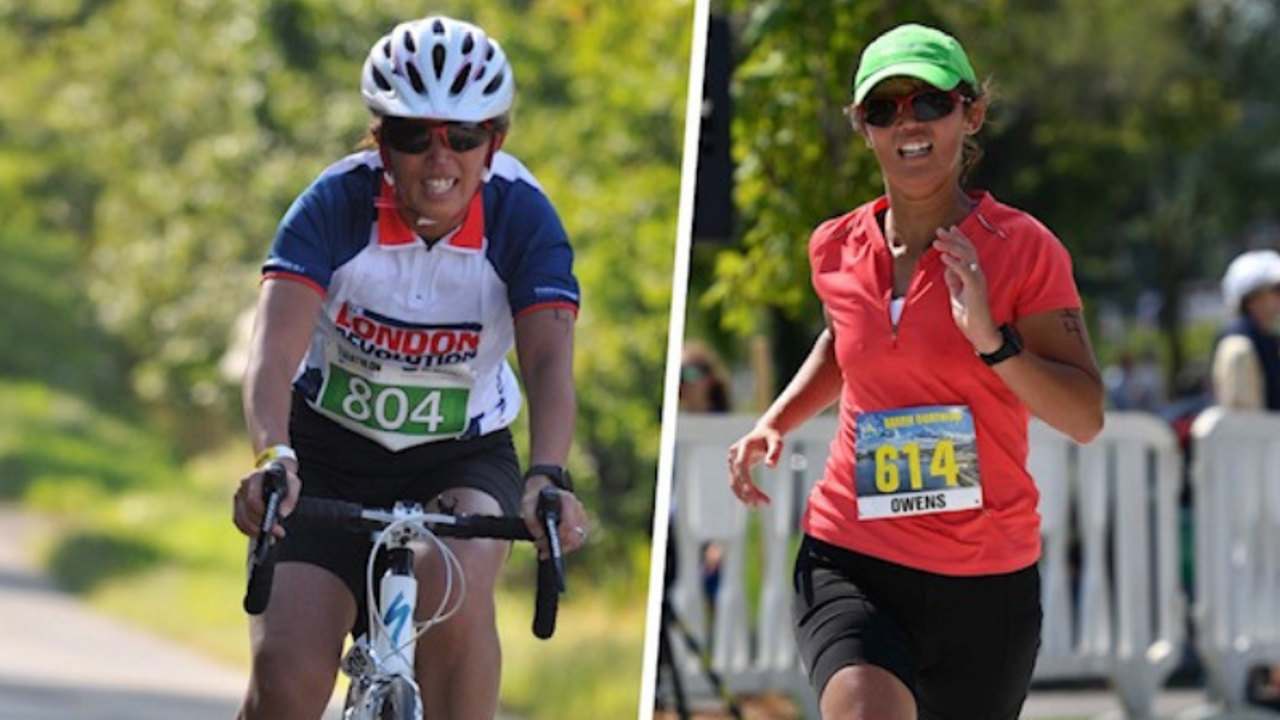 Canadian lieutenant colonel Soo Owens reflects on her tour in Afghanistan, the Secret Marathon for Women and how endurance sports fuel her mental and physical wellness.

Soo Owens is a lieutenant colonel in the Canadian Army. Her 25+ years of service include a tour in Afghanistan for nine months in 2012-2013, where she was a senior advisor in human resources leading a multinational team advising the Afghan National Army and Ministry of Defense on education, fair HR practices and gender integration. The barriers to this effort were (and still are) significant. Women faced very real threats to their safety just to travel into work each day.

“To hear firsthand the stories these women faced was, in the beginning, a little bit difficult,” Soo admits. “Coming from an industrialized nation where Canadian men and women take equality and safe work practices for granted, and to come to a nation where it’s still war-torn and not as progressive made it very difficult to hear about the injustices; to hear about and to marvel at their bravery for continuing a cause they truly believed in for a better and safer Afghanistan.”

LCol Owens would travel 'outside the wire’ to meet her counterpart, or ‘principal’ at their place of work regularly - over and above working six days out of the week, 13 hours per day. ‘Outside the wire’ meant suiting up and riding in an armoured car out of the relative safety of a US-led camp, with a very real need to be on the lookout for explosive devices. There was always a level of risk, and as a military officer, she was trained pre-deployment for the defense of herself and her team.

The experience was emotionally and mentally taxing. To combat the stress, those stationed at the camp had access to fitness classes, a gym, and healthy meal options in the mess hall. LCol Owens credits staying fit as the key to maintaining not only physical health but every aspect of personal health. For her, that meant – and has always meant – running.

Part of my sense of self has always been running, I have been running for more than 20 years. I enjoy all distances and it keeps me focused, and lifts my mood. The strain of being in Afghanistan made it even more important that I maintained this routine.

While LCol Owens was in Afghanistan, another camp organized the non-competitive 'Kabul Marathon.' Participants were given shirts, ran laps within the safety of the camp, and after finishing, given medals for completion. For LCol Owens, the camaraderie and new perspective on running were the greatest gifts.

“The Kabul Marathon medal is one of the most meaningful medals I have because it represents everything that I’ve done there. As I was running I was thinking about what the citizens of Afghanistan have had to go through. An event this simple I have taken for granted in North America – to run without any thought for how safe I was. It was very meaningful for me, very sobering.”

Back in North America, when LCol Owens heard about The Marathon of Afghanistan run secretly by women along with men in Afghanistan in 2015, she was struck. To participate in that run was dangerous. The women trained in secret and the route was only announced on the day. Protection was put in place along the route to keep runners as safe as possible. Similar races are run around the world in recognition of the fact that, for some women and girls, running is not only restricted but also dangerous.

“To hear about the bravery and conditions the women had to go through to run The Secret Marathon brought back all my memories of Afghanistan,” LCol Owens remarked. “My tour there, my running experiences there, going outside of the wire to see the Afghan principals and do my work in dangerous conditions makes the secret marathon all that more meaningful for me.” A documentary film, titled The Secret Marathon, has been recently released that captures the experience of the 2016 Marathon of Afghanistan and the ongoing challenges faced by Afghan women who want to participate in the simple act of running.

LCol Owens continues to run and train on her bike for an impressive array of endurance events. She competed at the World Duathlon Championships in 2018 (Odense, Denmark) and 2019 (Pontevedra, Spain). While in Spain, she took a 'recovery-paced' reflective pilgrimage, covering 119km from Portugal to Santiago de Compostela, Spain in three days. Also in 2019, Soo competed at the CAF Running National Championships in Ottawa.  Now, she’s looking forward to the virtual 50K Ottawa ultra race and, once travel is possible, the Vulcano Ultra in Chile.

Outdoor activity has been my sanity saver and mood lifter throughout this challenging year. It’s part of my identity and hope that I can maintain this lifestyle of health, wellness, and activity for years to come.

Over-focusing On Clarity Can Get In The Way of Achieving Your Objective
focus leadership possibility
Jul 16, 2021
From The FBI to Entrepreneur: Finding Career Fulfillment Through Calculated Risk & Quality Mentoring
focus fortitude leadership mentoring motivation possibility will & willingness
Jun 17, 2021
Lessons From The Forest On Navigating The Discomfort Of Transition
focus motivation possibility running will & willingness
Jun 08, 2021
Close