Ready To Be An Entrepreneur? Three Proven Success Tips 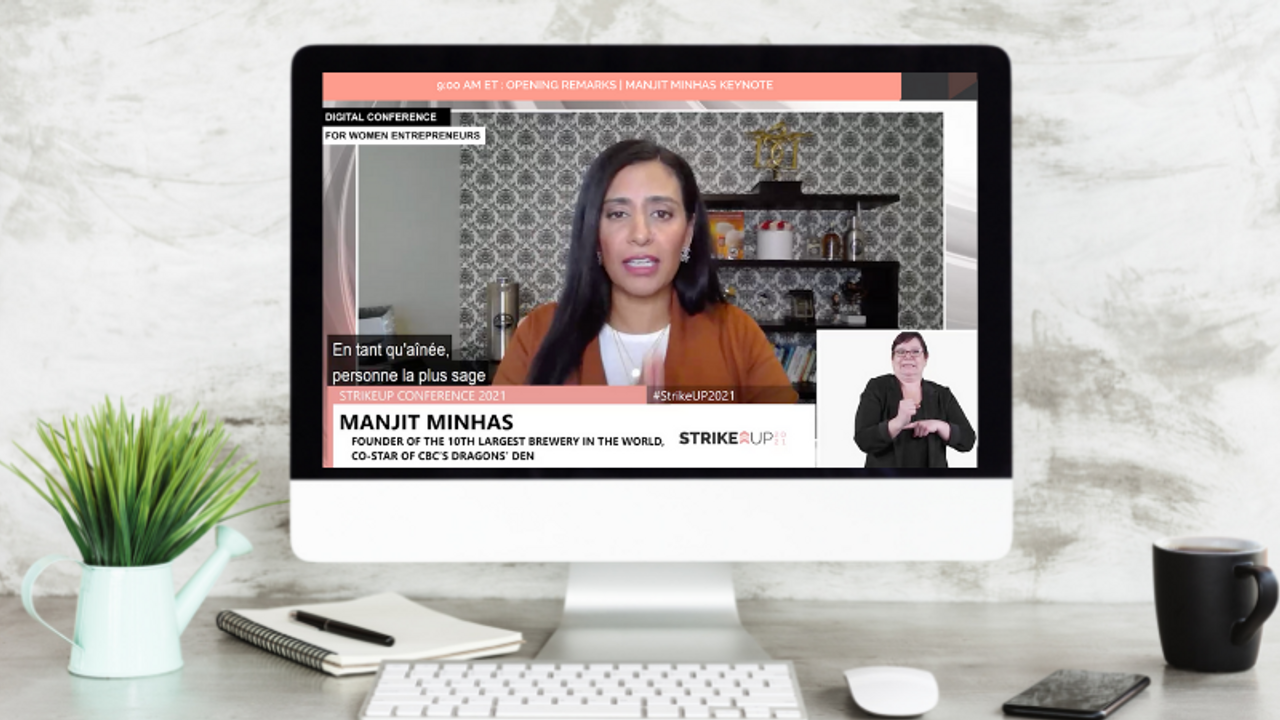 Earlier this year, I attended the virtual 2021 Strike Up Conference celebrating women entrepreneurs who #choosetochallenge. Manjit Minhas was the keynote speaker. As she spoke of her journey to success, from $10,000 in the bank and an idea to a successful entrepreneur, venture capitalist, and Dragon’s Den star, I was struck by her authenticity.  She didn’t shy away from the nerves, doubts, or challenges of starting and building a business. Instead, she laid it all out to show how much we can gain from challenges and being willing to step into the unknown.

I noticed three themes emerge in her success story: perseverance, mentorship, and courage. Together, these three elements helped Manjit turn opportunities into forward momentum for herself and her business, Minhas Brewery and Distillery.

One of the first steps to getting the Minhas Brewery off the ground was to find a contract manufacturer, or co-backer, who could produce the craft brewery’s product line. This was difficult to do with a small budget, since it was (and still is) common to pay for production up front. Minhas Brewing needed someone who would allow them to pay for the product as it sold. Manjit called manufacturer after manufacturer in Canada and the US and didn’t even have a chance to talk with anyone long enough to be turned down.

"To my surprise, nobody returned my phone call, email or letter. Nobody even told me that they would like to talk about it and discuss it further,” recalls Manjit. “And so, while I was researching, I actually discovered there was a distillers’ conference happening about three weeks out."

At first the conference, which took a hefty chunk of her starting budget, was another exercise in rejection. Manjit described repeating her pitch over and over again with no takers. When she finally stumbled on an ideal potential co-packer, she gave her highly-polished pitch only to watch his eyes glaze over.

She could have given up right then, but she didn’t. She stayed close by all day looking for another opportunity to re-make her case. That opportunity didn’t happen until the end of the day when her dream contact surprisingly turned around to ask why she was following him around. In the end, he agreed to work with her and under her unique conditions because of her perseverance and passion.

She recalls the co-backer saying, “I didn’t really understand what you said, but I love your passion and I love your energy for this industry… I would just love to capture that energy and passion for our industry because, well, it really hasn’t been that way for the last little while.”

The co-backer contact from the distillers’ conference ended up becoming a valuable mentor to Manjit as a new business owner. She travelled from Calgary to Kentucky once every quarter to chat about ideas and talk through advice.

Now, Manjit says, new mentors have entered her life as she’s grown as a person and an entrepreneur. Additionally, being a mentor herself has granted new perspectives on her experience in invaluable ways.

"The power of mentorship in your personal life and your business life is just as important. It should be something that is not stagnant. It is dynamic, is continually changing, and so are the people around that you turn to as mentors because your needs change … I really do believe that true leaders don’t create followers, they create more leaders, and that we should all find mentorship and be mentors.”

A large part of entrepreneurship is about embracing calculated risk, Manjit said, but the courage it takes to take those risks and ask for what you want and need applies to every aspect of life.

“Courage doesn’t mean you don’t get afraid. Courage means you keep going, and you fight through the fear. You understand that fear is not going to stop you from reaching your goals and reaching your destination.”

One of the ways to find that courage is by building confidence, she says, using negotiation and industry knowledge as her personal examples. By learning about and practicing negotiation skills she became more and more adept in using them. She built confidence in being one of the only women in a highly male-dominated industry by always being one of, if not the most, knowledgeable people in the room. She knew her industry inside and out, ready to draw on that knowledge in negotiations, networking opportunities, and whatever else came her way. Both of these sources of confidence gave her courage to “fight through the fear” and keep reaching for her goals.

Manjit concluded by reminding us that the path to achievement is never straight. There are set-backs and uncertainty all along the way. Being successful is largely due to persevering through the hard times, embracing the wisdom of those who have travelled before you, and generating enough courage to take meaningful steps forward. In the end, she said, you’ll have taken a journey all your own, step by step. She summed it up by saying,