Marathon Woman: A Must Read History Book about Women, Running, and What it Takes to Achieve Equity 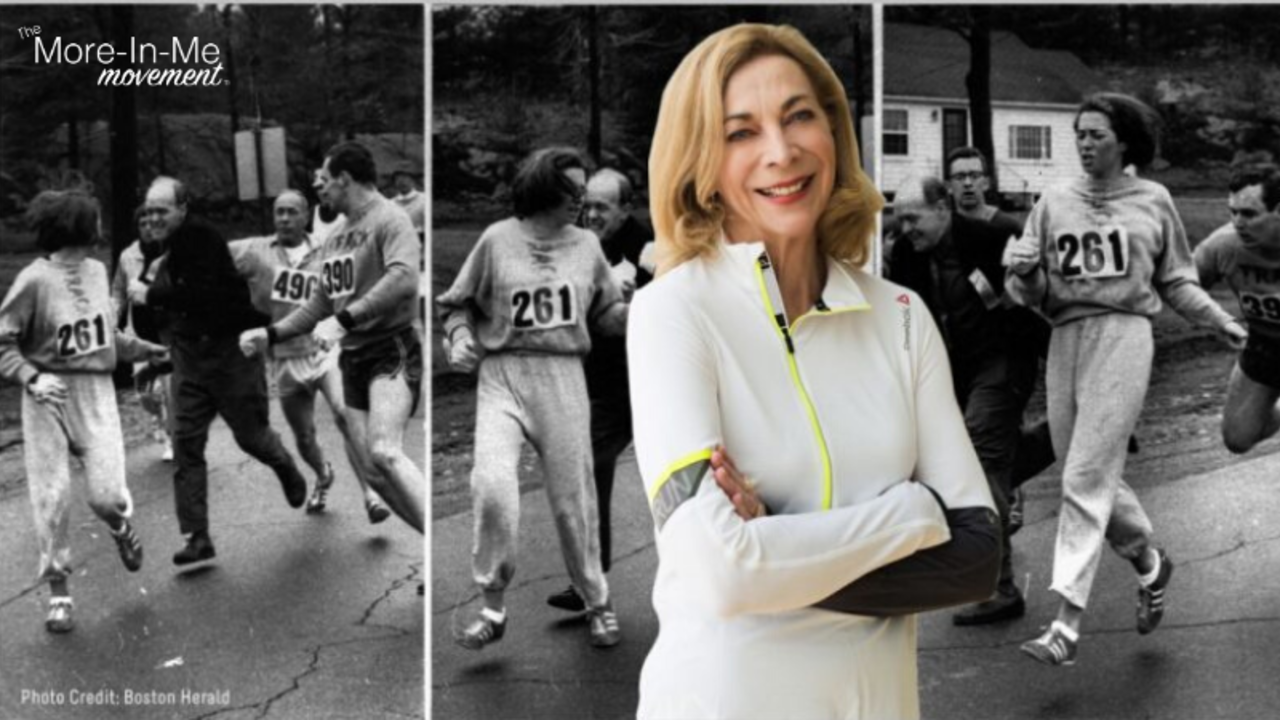 The original version of this blog post was published on Oct 11, 2017.

Today is International Women's Day 2021 and the theme is #choosetochallenge. Given the impact running has had in my life, this year I want to feature Kathrine Switzer. She tirelessly challenged a male dominated resistant system to support women's right to run.

I have taken for granted that if I wanted to, I can enter and run a marathon race or any running race I choose including the prestigious ones like Boston. Heck, if I could train and feel ready to run the distance, that in itself was a miracle to me when I ran my first marathon in 1994.

It never crossed my mind that my opportunity to do all this running and marathon racing was the result of the persistence hard work of other people. I was familiar with the story of Kathrine Switzer being the first registered woman to run the Boston marathon in 1967 and how the race organizers tried to pull her out of the race because women weren’t allowed to run long distance. I had read articles that cited ridiculous reasons why women weren’t allowed to run such as the fear that our uterus would fall out, the distance being too taxing and women too frail for such an endeavor, and so on. Sigh.

What I didn't realize was the amount of effort that went into creating the opportunity for me to run marathons. The efforts of all the early women distance runners and especially Kathrine Switzer. She has worked diligently for over 50 years, since 1967, in service of women, running, sports and equity. Kathrine’s book, Marathon Woman: Running the Race to Revolutionize Women’s Sports, is her memoir, documenting her work and what it took to gain ‘permission’ for women to run the Boston Marathon in 1972 and for the Women’s marathon to be added to the Olympics in 1984. She has written an important history book that captures the ‘how’ of what she did as well as the ‘what’ she accomplished.

In recounting her first running of the Boston Marathon, Kathrine describes the light bulb that went off when she saw the emotions on the faces of the women spectators.

Those women weren’t in the race because they actually believed all those myths about women’s fragility and limitation and the reason they believed them is because they had no opportunity to experience something else. That is why I seem like a creature from outer space to them; I represent something unimaginable. And yet, I look just like they do… When most girls got to be 20 years old it would never occur to them to do something so physically challenging, because when they were 8, they were told not to climb trees anymore…”

I can certainly relate to her tree climbing comment although I was 12 when I was told to get out of the tree and got punished for not doing so.  (You can read my tree climbing story here.)

From this moment of realization, Kathrine began her journey to make a difference and create opportunity for women to run.

Running has done a lot for me. I’ve got to tell them all about it! It is important to pass on this discovery… It won’t be easy, since the women don’t yet know they need the opportunities…I’ll have to be a kind of Johnny Appleseed, going around and spreading the word, putting together races and other things.

And so she did. For years, Kathrine traveled the globe creating women’s races and marathons. Now in many races, women participants outnumber the men. In the half marathon I ran a few weeks ago, 62% of racers were women! We certainly have come a long way.

And, she hasn’t stopped. In 2015 Kathrine started the 261 Fearless Non Profit Organization, “a global supportive community which empowers women to connect and take control of their lives through the freedom gained by running.” Kathrine Switzer is still active every day as an athlete, activist and author in service of women's engagement in running.

Marathon Woman is not only a story of Kathrine Switzer’s road to marathon running and accomplishments for women’s running. In many ways, it’s a roadmap for influencing change and having impact on a global scale. The qualities Kathrine exhibits in her actions and story telling are honesty, humility and tenacity. And a good nature. An inspiring story of choosing to challenge and the impact that is possible.

Read this book. You’ll be glad you did.

And finally, thank you Kathrine Switzer.