Lessons From The Forest On Navigating The Discomfort Of Transition 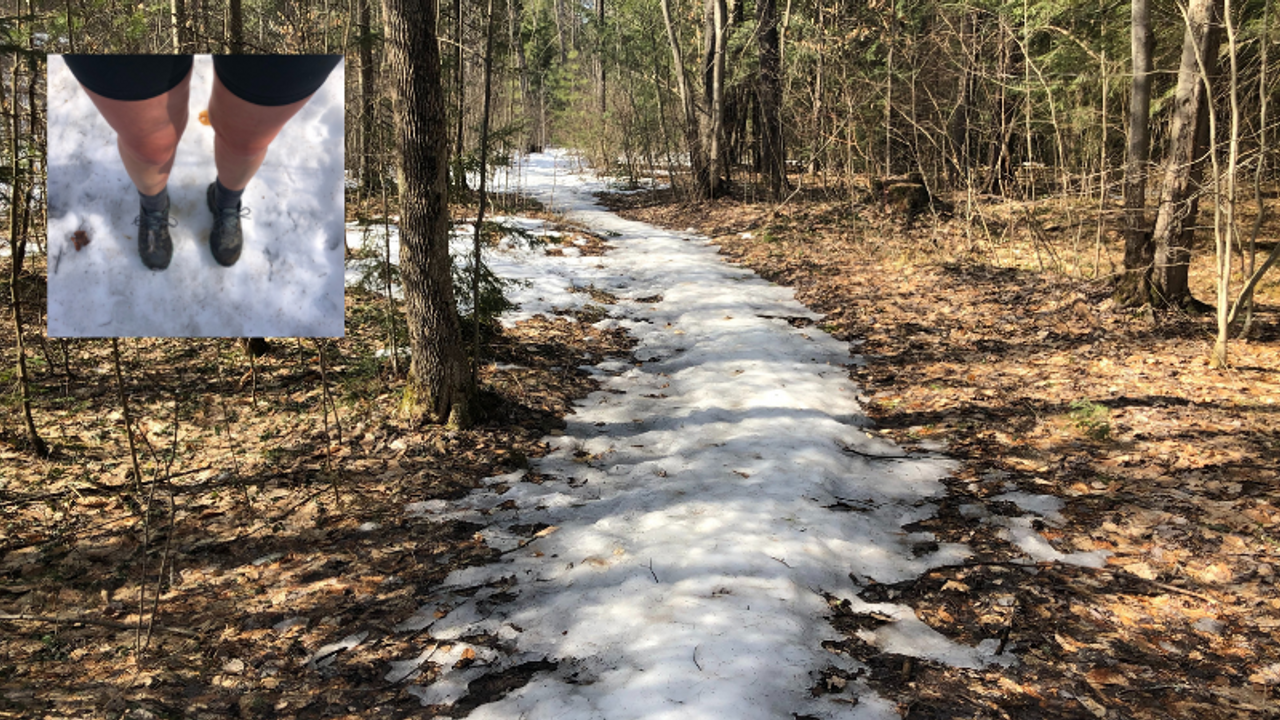 Transition can be exciting or it can be scary. Sometimes it's a bit of both. It’s rarely boring. Or so I thought.

To my surprise, on my run in the forest a few days ago, I was bored. The path was dry. It was a beautiful day. Usually I’m thrilled to be out on the trails. Not this time. I was bored.

Being out there reminded me of the exhilaration I felt the last time I was on that trail earlier in the spring—the intrigue of being in the midst of the transition from one season to the next.

On that spring day, I didn't know what the conditions would be like. Though the sky was bright and the sun warm, the trails still had a lot of packed snow and ice. One path along a steep hill was so slick that I had to veer off, climbing through the trees and shrubs, along steep cliffs grabbing the trunk of one tree and swinging my hand to grip the next in order to keep moving forward. To get further along the trail.

I was a little nervous as I ventured out for that run because I didn’t know what to expect. What's going to be over the next hill? Am I going to have more ice? A fallen tree? Or will it be clear sailing?

I wasn’t thinking, “Oh wow, this is crappy. I'm not going very fast. There’s too much ice.” I definitely wasn’t bored.

Focus On The Fascinating

Instead of focusing on the uncomfortable aspects of the run, my attention was on the sun shining, the warm air and the snow melting. How fascinating it was to experience the in-between state of the newness spring brings with it - a period of growth, along with the cold frozen stillness of the remnants of winter. I found a renewed energy in the unknowns of nature’s transition on the trails that day.

Little green things were sprouting. The snow was melting. The old making way for the new - sprouting here and there but not everywhere. Stops and starts. Deeply entrenched paths resistant to change, like the resistance of the ice to melt. Transition showing up like a choreographed dance of nature and life, one reflected in the other.

Get Comfortable With Discomfort

Throughout my life I’ve experienced a lot of change. I love exploring. Perhaps that’s why my early spring run filled with uncertainty was so fulfilling. It was familiar to me.

I’ve discovered that resistance to transition and change is often due to the fear of the discomfort of the unknown. We want clarity, sureness and a straight line from A to B with clear expectations of what B will be. Like this run on the trails, life isn’t linear. It’s filled with uncertainties.

The capacity we need to develop to navigate life’s inevitable transitions is the ability to be comfortable in discomfort. To be willing to step into the unknown and all it’s uncertainties and crest the hill of discomfort. Staying with it. Getting comfortable with it. Even though it’s uncomfortable.

Over time the feeling will become familiar and you can say to yourself, “Oh, here I am in discomfort again. I’ve just gotta hang in and keep taking steps forward. I know this resistance will dissolve into excitement if I keep moving.” While still uncomfortable, the experience of transition becomes less scary.

Let Nature Be Your Guide

A well-traveled path can look surprisingly unfamiliar when you're coming at it from a different perspective, such as a different season of the year (or of life.) I have run this path so many times in the winter and in the summer, but I'd never run it in the early spring. While treacherous at some stretches, exhilarating nonetheless, simply becoming fun, fuelled by my love of exploring.

On future runs the snow and ice might be melted and I will be able to sail up and fly down the hills along the trail. But even then, I won’t know for sure what to expect. More than that, knowing I handled the ice, the puddles, the slick hills and the detours makes me less afraid to go out in any conditions. It helps me know I can handle it. Even when it’s boring!

Every transition is like that. There are unknowns. Uncertainty. Discomfort. Maybe the familiar path becomes kind of slippery, and a little dangerous. It might even mean taking a side route through the bushes to find a new path. And other times you go around in circles, even when you have a map. (Yes, that’s happened to me!) Eventually you’ll figure out the right way to go and get to your destination.

The goal on my spring run was joy and bliss, so every wrong turn, every stumble, every slip was part of the adventure. What if your goal every day was joy and bliss? To fully embrace whatever experience came your way? To be wildly fascinated with whats next? To be confident you can handle transition of any sort, even if you get a few scrapes and bruises and little crap along the way?

Why was my recent run boring?

The discomfort of uncertainty. We’ve been on stay at home orders because of the pandemic for most of the last 6 months. I miss my running pals. A lot. Hope is on the horizon as the restrictions are to be lifted over the next couple weeks. I guess I need to crest this hill of boredom a little while longer.