From The FBI to Entrepreneur: Finding Career Fulfillment Through Calculated Risk & Quality Mentoring 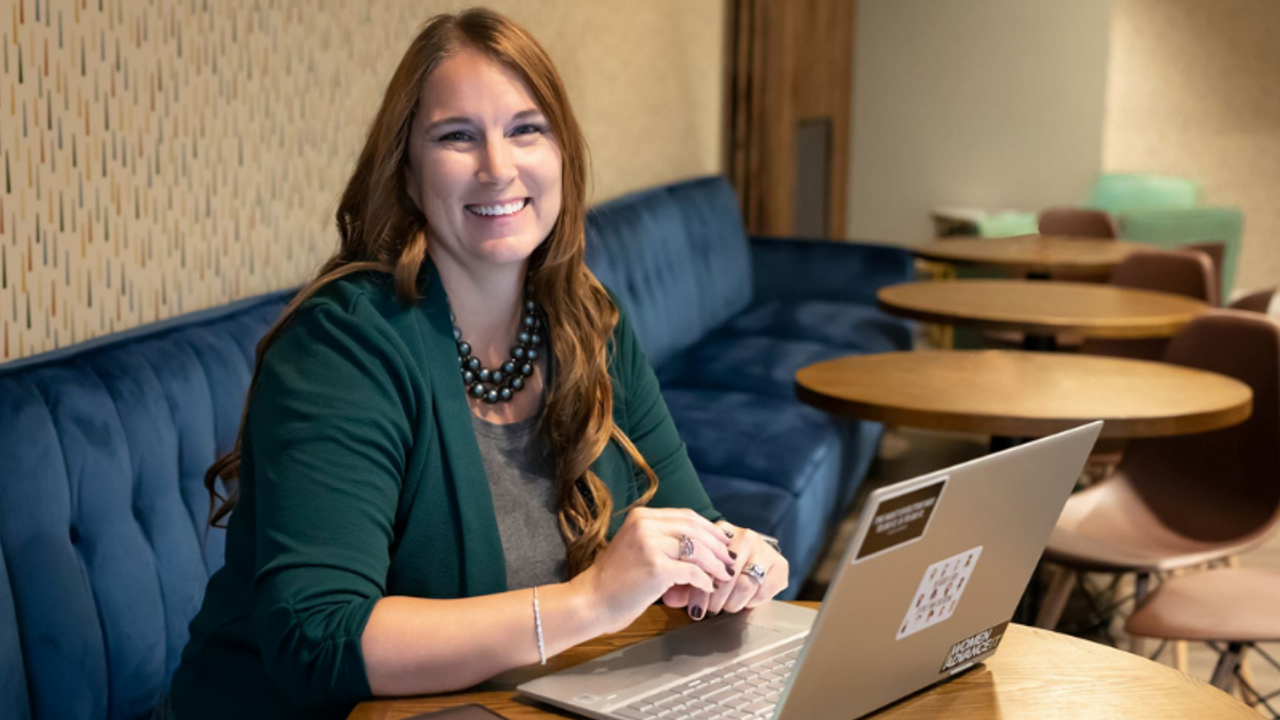 Stacy Eldridge worked in cybersecurity for the FBI for many years, scouring devices for evidence of criminal activity. The job was a great fit for a long time but it was an opportunity she hadn't considered pursuing until a moment of uncertainty shook her out of her comfort zone.

You Just Need The Next Step

While working on her bachelor’s degree, Stacy worked as a software developer for what is now TD Ameritrade. Word got around about upcoming layoffs and it was clear to Stacy she needed to be ready for a change. Given her academic and professional background, a colleague suggested she apply to the FBI, which was looking for tech experts. The recommendation was a huge surprise but she decided to give it a shot, tackled the intense entry tests, and got in!

Reflecting on that transition, and her more recent transition into entrepreneurship, Stacy attributes her successes to looking for and following opportunities as they arrived.

The Clues Are In The 'Abnormal'

The FBI work was hard. It was at times tedious and other times emotionally difficult, other times both. Some cases dealt with child pornography and Stacy needed to be able to present professional, accurate information courts could use to find justice. 'White collar' financial crimes also made their way across her desk. She didn't always know what she was looking for, but, by looking deeper into the tech that wasn't working quite right for things that appeared abnormal, she'd find one clue that led to another, and eventually uncover the whole picture.

The most impactful thing that I've learned through my career, and it applies to work, technology, and your personal life, it’s about figuring out what is normal for you. And it doesn't mean your normal versus my normal. It's being able to recognize when things become abnormal. When things don’t feel right.  Recognizing that resistance. That is powerful. I had no idea that ability to detect the abnormal would continue to ripple through my life.

But it did ripple! That kind of self-reflection led Stacy to make some important moves in her life. Eventually, Stacy the FBI to pursue leadership opportunities in the corporate sector in areas where she could still make a difference.  Eventually, Stacy found she was too removed from the impacts of her work to find it rewarding. After reflecting  why she felt what she calls 'resistance' or 'abnormality' she decided the culture fit wasn't right for her anymore. She was ready for a new challenge. And that challenge was entrepreneurship.

She launched her own business in 2020, helping people establish better cybersecurity in their home or business networks, a need she saw rising during the pandemic's unprecedented shift of brick-and-mortar stores to online operations. Of her decision to get started, Stacy remarked,

Sometimes you have to leap and just try something and get it out there. You offer a service that is going to solve the biggest problems based on what you know, and you do it the best you can. If it's not perfect or didn't work you need to admit it sooner rather than later, fix it, and move forward. Becoming an entrepreneur was a huge change for me. It was never on my radar, kind of like going into the FBI – never on my radar! But all of a sudden, it became a lightbulb moment. I've been in business just over a year now and I'm doing more reflecting to determine how to serve my ideal clients better. I might make mistakes but that doesn't mean I need to close up shop. It means I shouldn't do those things anymore.

Now, Stacy gets a lot of career satisfaction out of interacting directly with the people her work helps.

The greatest reward comes from working one on one with clients, or even during discovery calls as I provide information and I see their eyes light up as they have that aha moment ... [In the big corporate environment] I was sitting at my desk in a corner, and I didn't see the impact of the changes I was making.

Mentoring Makes All The Difference

Looking back on her career trajectory, Stacy credits confidence as helping her succeed in traditionally male-dominated work environments, and in roles that pushed her professional skills to new levels and in new directions. That confidence likely came from the over ten years she spent in the Civil Air Patrol as a teenager and young adult, she mused. In that program, Stacy was mentored by other leaders and encouraged to try out new ways of doing things, with supportive coaching when things didn't work out the way she'd hoped.

It was a fantastic mentoring system. I was put in the positions leadership and was really leading, but there was always somebody on the sidelines sort of like, whispering in my ear. If I had questions or made mistakes my mentors would come and pick me up and say, 'This is how we could do it better next time,' or 'How do you think we could do it better next time?' It built a safe environment where I became comfortable being out front and taking risks.

With each confident step, Stacy has built an incredible career and built a more rewarding professional life as a result.

I believe to be successful you have to be a bit of a risk-taker. You've got to trust yourself. Be confident while knowing your limits, and ask for help just as you reach your limits. You should push your boundaries at times but be aware there's a certain point where you can go too far, waste too much time, and become so stuck and frustrated so be willing to ask for help. Don't be afraid to take a risk. Find a mentor, and be a mentor.

Learn more about Stacy and her work helping other entrepreneurs keep their online systems and devices safe, at Silicon Prairie Cyber Services. She offers data protection services and security training and education.